Important notice: For up to date information about the pandemic visit www.sacoronavirus.co.za.

“In Miriam Meltzer’s vast collection of some 50 000 orange clivias, mostly grown from seed, there are two or three with orange flowers and yellow berries. It is not surprising that in this vast collection three yellows arose, but with a difference. The one has orange midribs on the outside of its petals, the other one is the picotee as illustrated in the Clivia Review 1998 and the third one is a clear yellow with orange berries.” 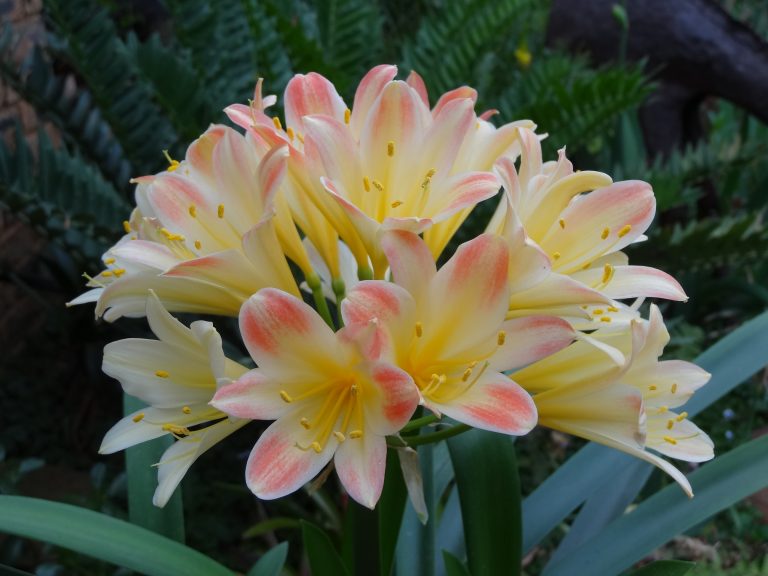 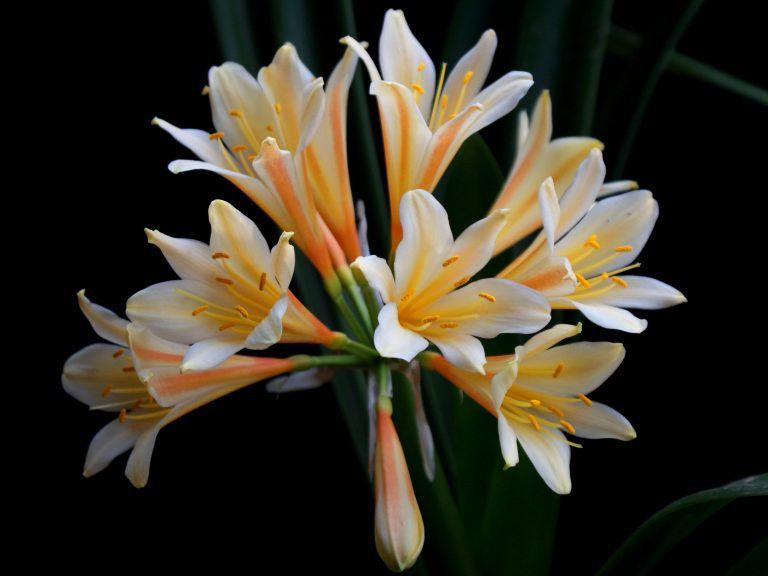 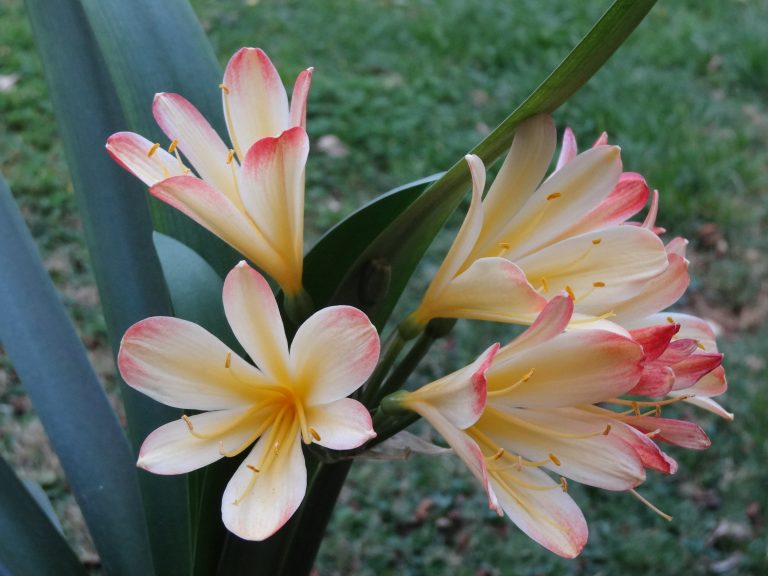 A paragraph and a small picture from an article on colour mutations that started a long search. Once I had read of this unusual colour mutation, I started the hunt to try and track down these unusual clivias. My interest in these plants was stirred when we purchased an interesting “yellow” seedling from Rudo Lotter in the mid 2000’s. I spotted the plant in between a batch of yellows that had been pulled out to go to a local nursery and when I read the tag felt it could be something more interesting than just a plain yellow.

Natal yellow x Meltzers Picotee – it had a pale yellow flower with just two thin lines of pink on the back of one of the petals. Rudo did not hold much hope for it saying it was probably a selfed Group 2 and the markings were just typical damage bleeding. When we asked how the rest of the cross had turned out Rudo stated that most of the siblings had been orange with just a couple more “yellows” that had already been sold to the nursery trade. We took our new purchase home and carefully re-potted it.

That weekend we took a trip down to KZN to visit some of the growers there and when we came home, we were greeted by the most stunning pink and white clivia in the place of the pale yellow we had when we left.

We contacted Rudo for more information on Meltzers picotee and Wessel steered us in the direction of the article for more information as this was a cross he had still done himself when he was doing work on the yellow mutations. Unfortunately, by this time Miriam Meltzer was no longer in clivias and few people knew what had happened to the original plants.

Fortunately, through the help of Pikkie Strumpher and Tino Ferreira over the next couple of years we were able to track down two out of the three original mutated clones.

Tino had managed to acquire an offset of the one with the “orange midribs” while Keith Rose had an offset of the “picotee” type one. The third plant – the yellow with orange berries we were unable to track down.

The plant we acquired from Tino was a strappy plant which he had had for many years but which flowered rarely for him, we have found the same and in the 10 years plus we have had it, it has flowered only a couple of times. Through breeding results, I was able to determine that this particular clone seems to form part of the splashed group mutations. Crosses with Andrew Gibson and Fairytale plants have resulted in unpigmented seedlings which flowered with similar colouring but with a poor flower shape.

The second clone however has proven to be the more interesting plant, Meltzers Picotee B which turned out to be the pollen parent of my seedling from Rudo, is a stunning pale near white flower that develops the most beautiful deep cerise pink blushing/bleeding on the tips of the petals as it ages. It is also reluctant to flower, and I have only had two flowers since we acquired this plant, so I have not been able to work much with the original plant. 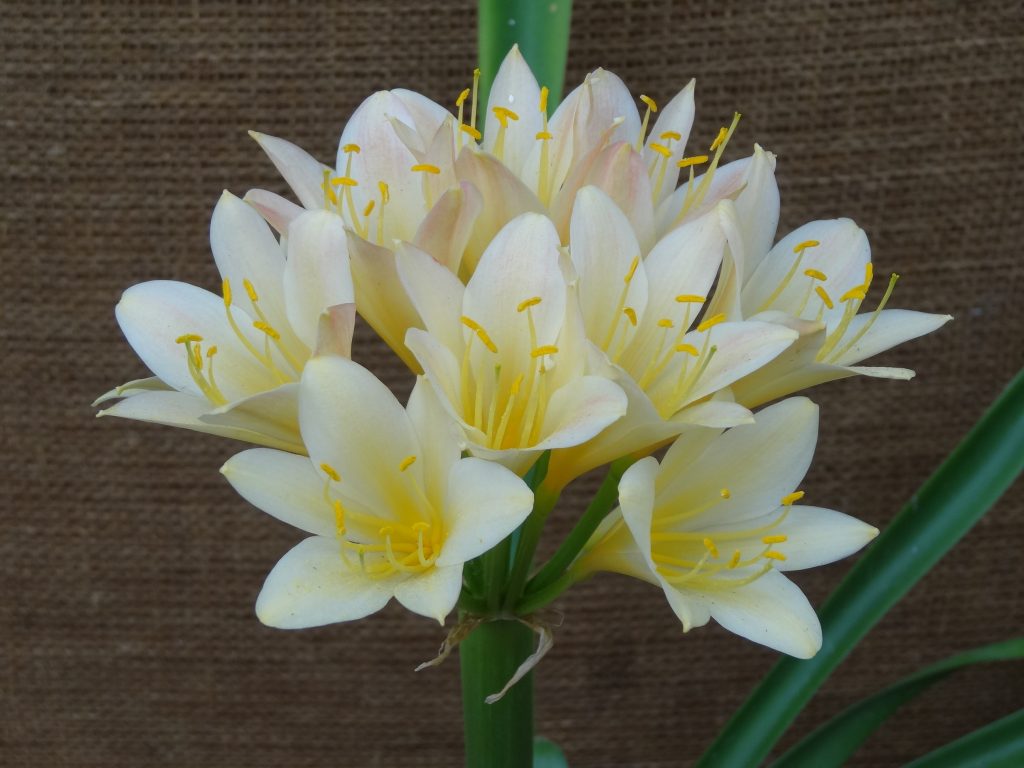 The seedling we had acquired that started all of this however does not seem to have its parents’ reluctance to flower and over the years I have been able to try several different crosses with it. We named it Wintersong (the title of a favourite song of Michael’s at the time) which seemed appropriate for the near white with pink blushing.

Breeding with this plant was a challenge at the time as there were not many plants around with similar colouring, in fact the only plant we had that looked similar was Lady Jane, a Four Marys related clone from Bertie Guilaume. I crossed Lady Jane and Wintersong and the resulting seedlings have had larger flowers than Lady Jane but unfortunately the same narrow petals as Lady Jane, the colouring however did carry through, pale cream blushing pink with age on the tips.

A couple of years ago on a trip down to KZN we visited Roy and Val Thurston and she showed us a habitat plant of hers that was in flower at the time called Little Stewart, when I saw this plant it immediately reminded me of Wintersong and its pink blushed petals. After asking very nicely Val agreed to let us have some pollen in exchange for some of the seeds back. The pollination was successful and after sending half the seeds to Val we were left with 8 to plant. These seedlings flowered for us over the past two years and have surpassed my best expectations.

Little Stewart is quite a robust plant and it has brought in much better leaves on the seedlings as well as broader petals on the flowers. All 8 seedlings opened with the same pale cream colour that then develops its pink blushing with age that intensifies to a cerise pink by the time the flowers fall off. It is quite a stark contrast as can be seen on the picture with two umbels, the first umbel is about a week older than the second. We have called this group of plants Winter Stewart and have done some sibling crosses. 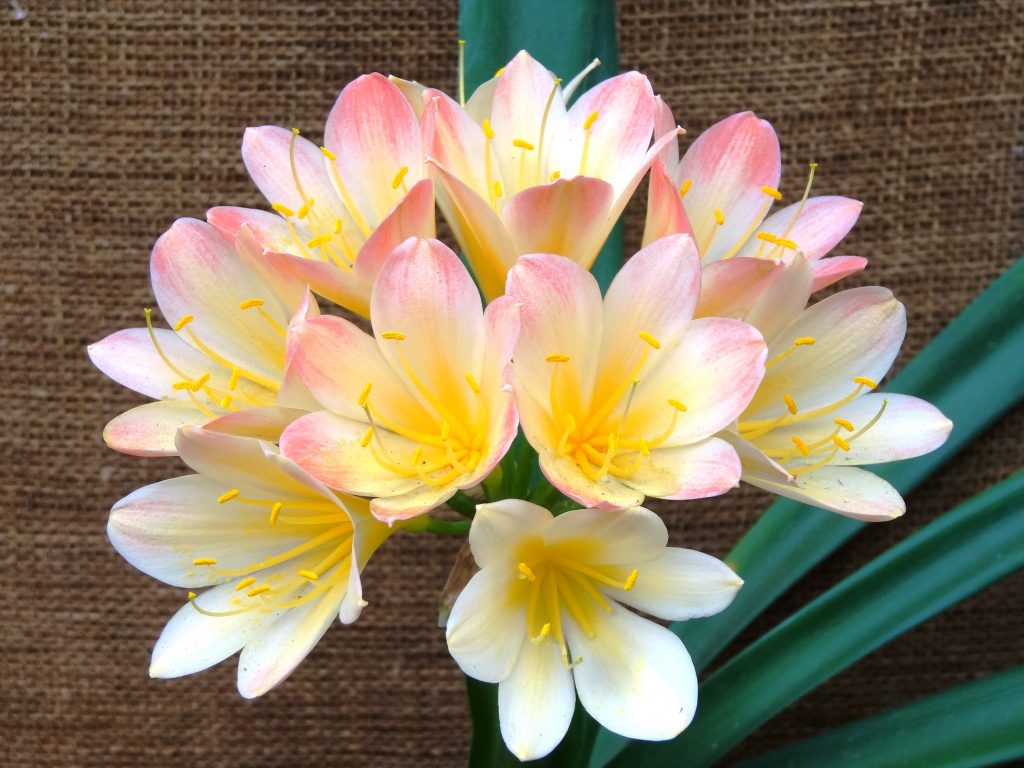 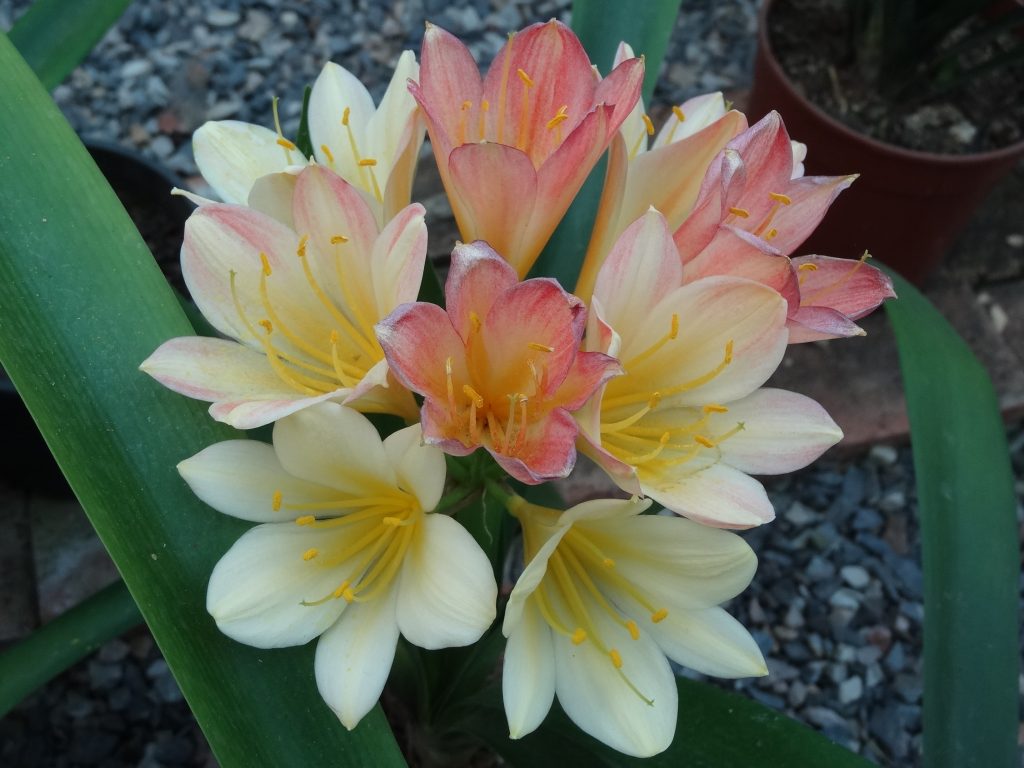 I have tried to recreate the original cross that resulted in Wintersong using Hirao as a berry parent with original Meltzer picotee pollen hoping to introduce some green into the flowers but those are still a couple of years away from flowering so only time will tell if it has been successful. Other crosses that I am still waiting on include crosses with Hanti and Four Marys.

From a plant that was almost lost to the nursery trade as an ordinary yellow came a rewarding journey of discovery and breeding.